Sturmtruppen.50 years, organised by Fondazione Carisbo and Genus Bononiae – Museums in the City in collaboration with Eredi Bonvicini, is a homage to the world-famous comic-book army, which is fifty years old this year. Back in 1968, Bonvi – the artistic pseudonym of Franco Bonvicini, presented the first strip of his Sturmtruppen at the Lucca International Congress of Comics, winning the Paese Sera award for best newcomer. The exhibition at Palazzo Fava consists of about 200 original artworks, all provided by the Archivio Bonvicini and many never published. The material illustrates the creative mechanisms of Italy’s most famous comic strip, with its ever-relevant caustic sense of humour. The Sturmtruppen obviously forms the heart of the exhibition, but there are also incursions into the artist’s vast field of production, from his comic series Cattivik and Nick Carter, his standalone books and several never displayed artworks to his dip into the X-rated pool, with Play Gulp, an erotic parody on the world of comics. This non-chronological path, which includes a recreation of Bonvi’s studio with the material and tools used in his creative process, highlights how thought-provoking and up-to-date this artist still is. In his role of all-round artist – not just a cartoonist – he whipped up enthusiasm among wider public and intellectuals, from Umberto Eco to Oreste del Buono.

Bonvi’s Sturmtruppen is a world inhabited by a troupe of characters, from simple soldaten and the various Sergenten, Capitanen, Generalen and Cuoken to the proud alleaten Galeazzo Musolesi, the only one with his own identity. It soon became the absolute anti-war comic-strip, denouncing the stupid brutality of warfare. Bound by its borders in time – the Second World War – and space – German trenches where everyone speaks in an unmistakeable “Germanese” slang, the Sturmtruppen provides a snapshot of humanity at every point in time, transforming themselves into archetypes with their obsessions and loneliness, their fears and their bad habits. Confined to a claustrophobic universe, Bonvi’s characters move on the boundaries of rubble and death, with an invisible enemy in their eyes and surrounded by the echo of shooting and cannon, without ever foregoing the chance to mock the pettiness of power or to make fun – sometimes scathingly, sometimes tenderly – of human weaknesses.

The ticket office shuts one hour before closing time.

(valid throughout the exhibition)

Fees for groups and individuals, including Open ticket: €1.50 per person
Reduced school fee: € 1.00 per pupil 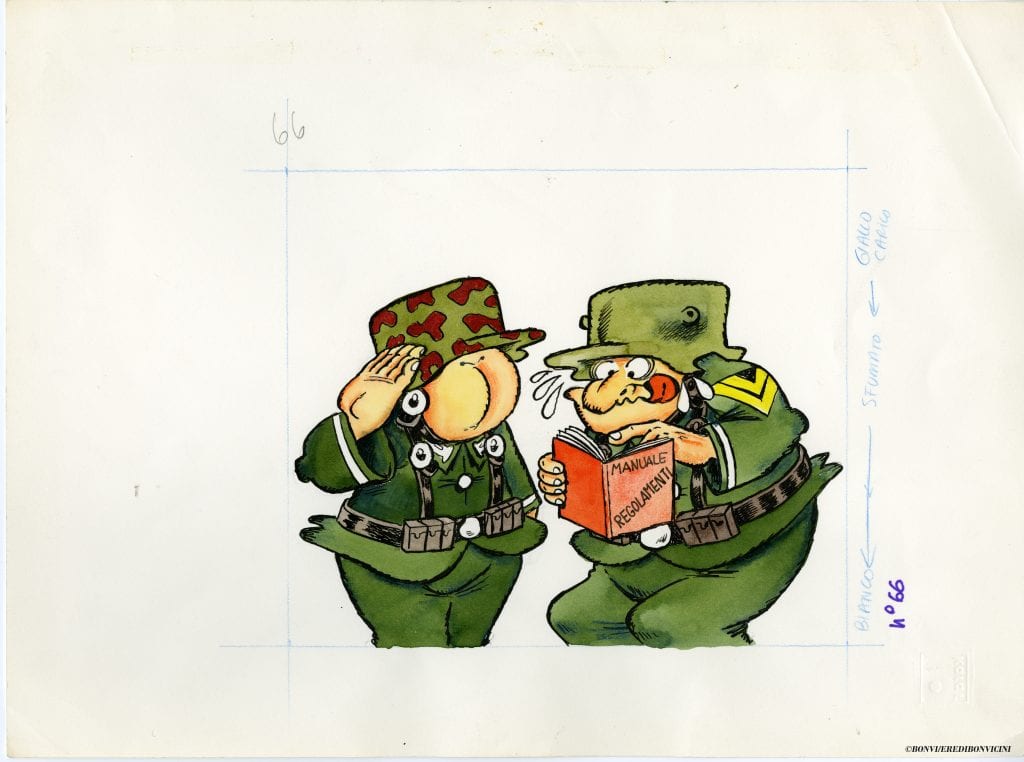 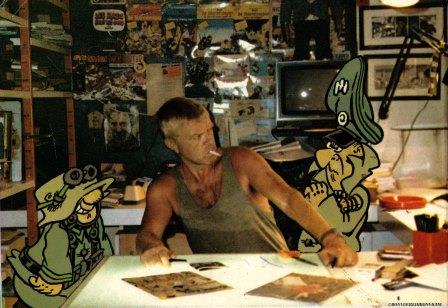