Bologna, water for the city from Middle Ages to Renaissance

To mark the completion of restoration work on the Fountain of Neptune, the Fondazione Carisbo and Genus Bononiae – Musei nella Città are proud to present an exhibition in the Oratory and Museum of Santa Maria della Vita entitled Fountain of Neptune: the architect of waters. Bologna, water for the city from Middle Ages to Renaissance, curated by Francesco Ceccarelli and Emanuela Ferretti.

The exhibition – realised with the help of the Department of Architecture at the University of Bologna – will take visitors through one of the most intriguing chapters in the history Bologna, narrating, for the first time, the story of how the city’s public fountains were built in the period when Pope Pius IV was renovating the city centre.

The Fountain of Neptune is an iconic monument, and the fitting conclusion to an extraordinary season of visionary and grandiose architectural and hydraulic works that still grace the city’s centre and its public spaces.

Water, the Fountain’s main feature, is once again springing from the newly restored masterpiece. Hidden mechanisms direct its action, revealing a complex and secret narrative of water, with its network of aqueducts, water canals and pipelines that outline the underground city and describe a scenery that is both invisible and utterly surprising.

The invention of Bologna, city of waters, can be traced back to 16th century projects that were undertaken in the spirit of highlighting the close links between city and water. Making use of selected works, documents and other material, the exhibition in Santa Maria della Vita illustrates the genesis of the project and the development of the Fountain of Neptune’s water system, starting from the Middle Ages and ancient Roman times to the infrastructural work of the Renaissance.

Full price (included in the Museum and Oratory admission ticket) € 6

Reduction price (included in the Museum and Oratory admission ticket) € 4

-children up to 5 years old;
-the disabled with helper,
-tourist guide with professional badge,
– holders of Membership Card Genus Bononiae 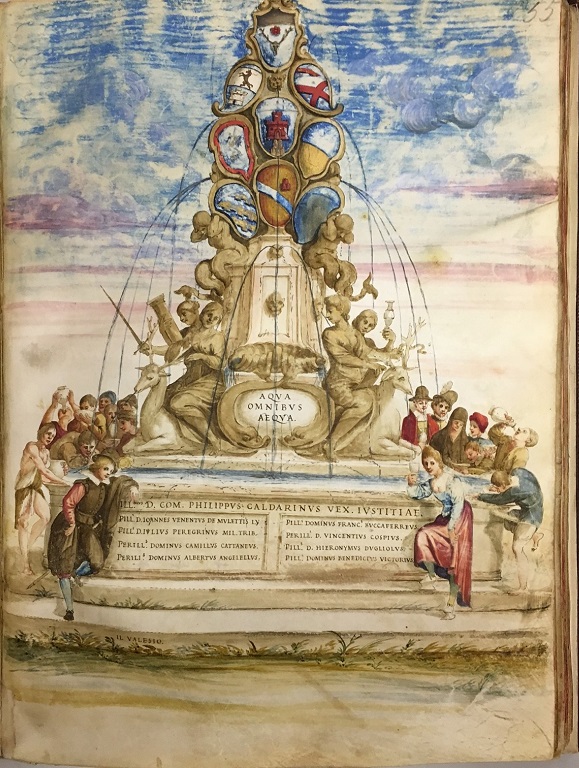